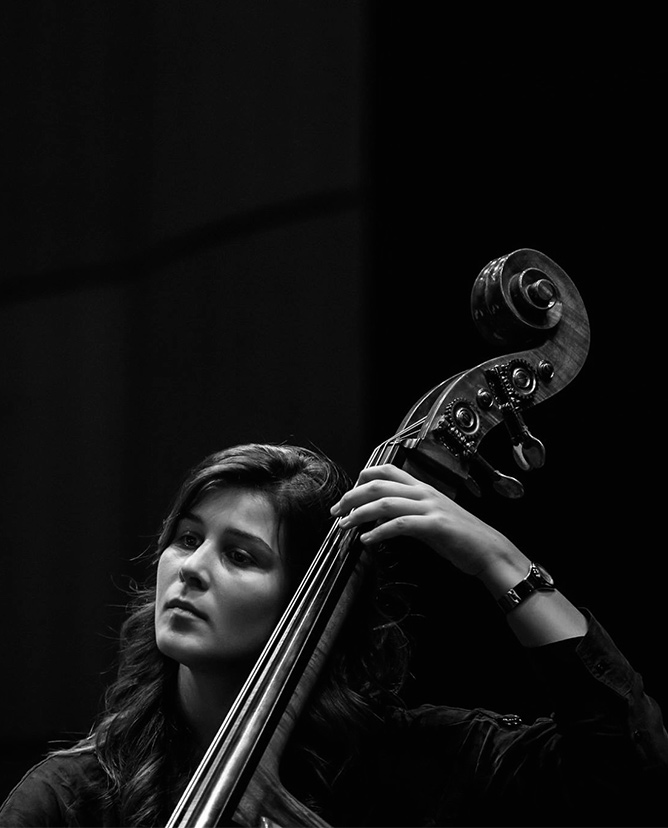 In 2003 she joined Artave in the double bass class of Prof. Alexandre Samardjiev, and in 2009 joins Prof. Adriano Aguiar at the Superior National Academy of Orchestra.

In 2011 she won the Academy’s internal competition, playing solo, that same year, with the Metropolitan Academic Orchestra.

In 2012, she completed his degree at the Superior National Academy of Orchestra.

She is a frequent reinforcement of the Orquestra Metropolitana de Lisboa.

Between 2012 and 2015 she was a teacher of the double bass class at CAORG – Jaime Chavinha Music Conservatory.

She is currently part of the teaching staff of the Orquestra Geração project, at the Metropolitan Conservatory and at the Lisbon Academy of Music, where she teaches double bass and ensemble classes.

Margarida Afonso is a member of the Camerata Alma Mater.