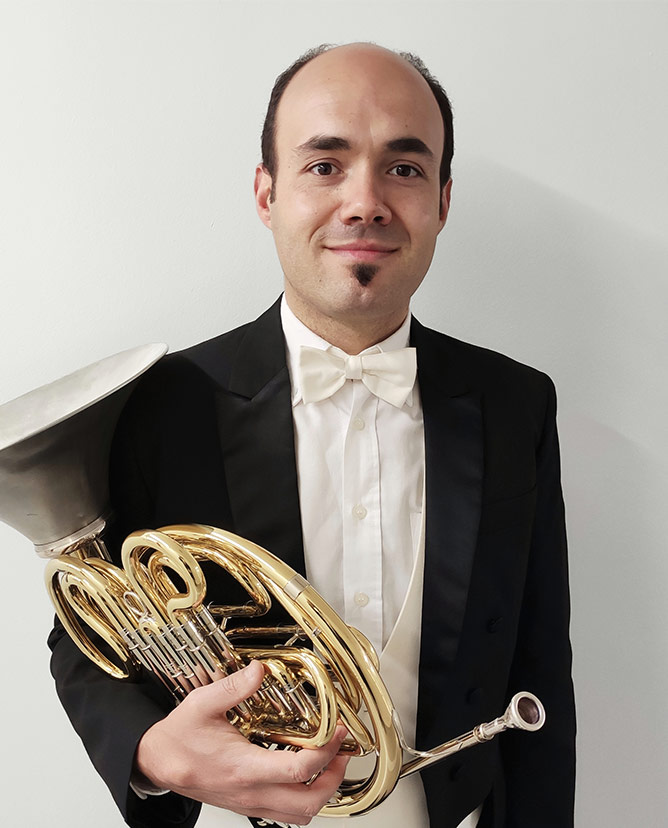 Dario Ribeiro was born in Santa Maria da Feira in 1984.

He graduated from the School of Applied Arts in the class of professors Paulo Guerreiro and Abel Pereira, having later completed a Master’s degree in music education at the University of Aveiro. In addition to his training, he made masterclasses with Stefan Dohr, Dale Clevenger, Fergus McWilliam, Froydis Ree Wekre, among others.

He is a founding member of the Portuguese Horns Quartet with which he won 2nd Prize in the “24th Young Musicians Award” in the Chamber Music category, higher level and in the 10th International Music Competition for Young Performers “Città di Chieri”, not being awarded in any of these the 1st Prize.