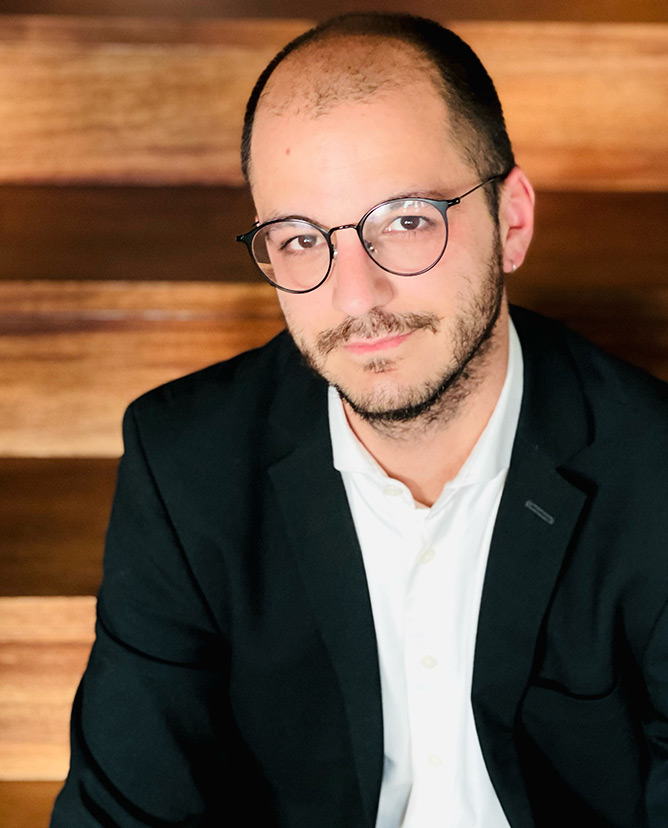 Born in Cascais, Bernardo Soares began his musical studies in piano at the age of 5 years. As a student, he attended the National Conservatory’s School of Music and the Superior School of Music and Performing Arts, having completed each course with high performance. In his academic career, he worked with Melina Rebelo, Joaquim Fernandes and Sofia Lourenço.

As a classical pianist, he develops chamber music work, having worked with national and international musicians such as Horácio Ferreira, Aurelien Pascal, Antonio Saiote, Nuno Pinto, Thomas Reudl, among others. He is also invited to join orchestral formations, working regularly with the Portuguese Symphonic Band, Marvão Festival Orchestra, with conductors such as Christophen Poppen, Douglas Bostock, Rafael Pascual Villaplana, Jan Wierzba, José Eduardo Gomes, among others.

In 2016, Bernardo performed solo with the AMCC Symphonic Orchestra in the Sala Suggia of Casa da Musica under the direction of conductor Luis Carvalho.

Since 2011 he has been developing an intense work as a musician and musical director in various theater shows, having collaborated with the companies Teatro a Quatro, Teatro Bandido, Produções Suplementares, Comédias do Minho, Pele, Ao Cabo Teatro. He worked under the direction of directors such as Lee Beagley, Luisa Pinto, Luis Filipe Silva, Tania Almeida, Isabel Carvalho, Hugo Cruz, John Romão, among others.

In addition to his artistic activity, he is a professor at the Superior School of Music and Performing Arts, at the University of Aveiro and at the Costa Cabral Music Academy, where he performs the functions of Accompanying Pianist.